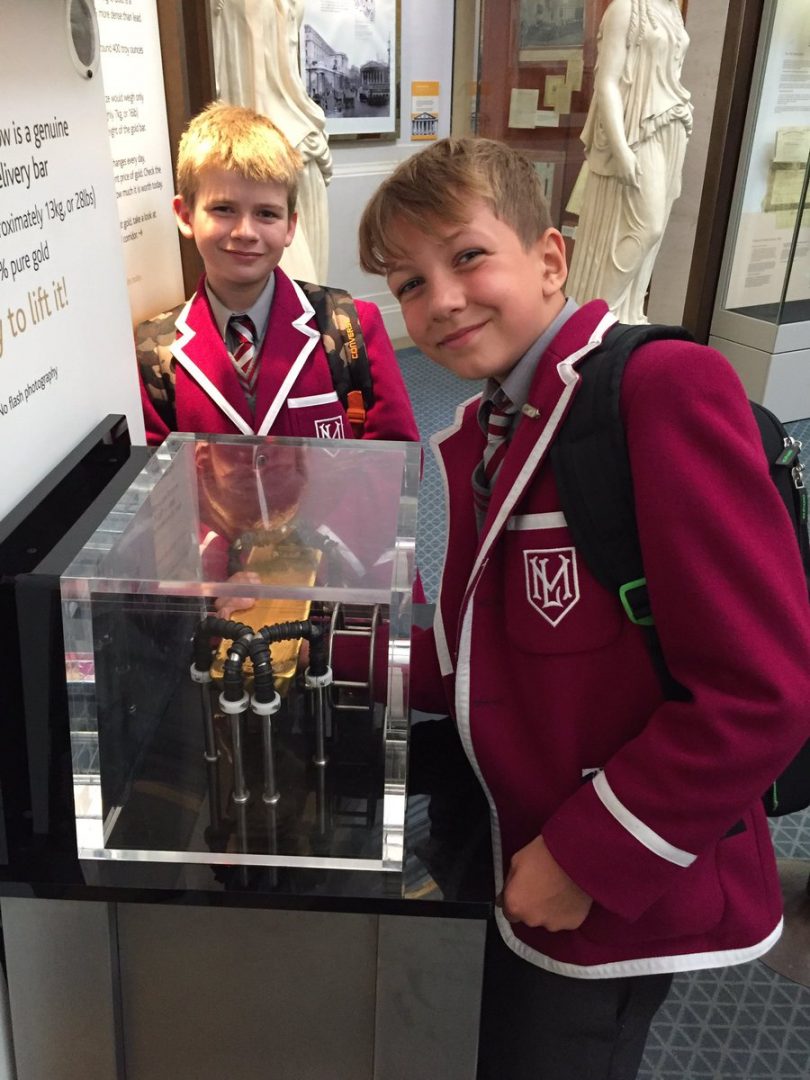 The new Senior pupils in Lower 6th (Year 7) visited London last Friday.  They travelled up by train and then walked to St. Paul’s Cathedral along the South Bank.  Along the way they stopped to find out more about the sites they were walking past, such as Ernie’s Beach, the Oxo Tower, Millennium Bridge and the Fire Fighters Memorial.  At St. Pauls’ they had a guided tour, which included visiting areas of the Cathedral normally off limits to visits such as the secret staircase used in the Harry Potter films.  After a picnic lunch in the churchyard they headed off down Cheapside to the Bank of England.  At the bank the pupils enjoyed looking around the museum and made the most of the interactive exhibits.  They enjoyed trying to lift up a real gold bar worth over £390,000.  Then a lecture about the role of the Bank of England in keeping the finances of the country on an even keel was delivered to the pupils.  The route back to Waterloo took them past The Monument to the Great Fire of London, London Bridge, Southwark Cathedral, the Golden Hinde, the Globe and Tate Modern.  All in all the pupils had a great day and lots of exercise, as their total walking distance for the day was over 8 miles!