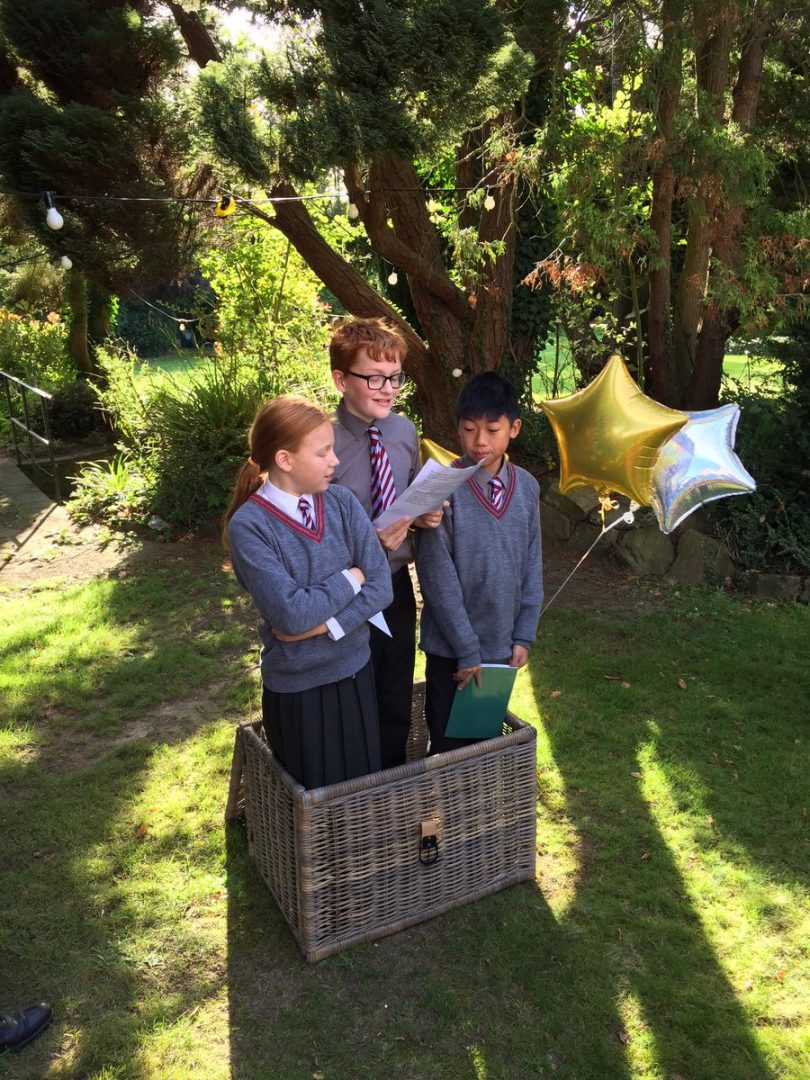 Form 4A held their first ever Balloon Debate yesterday. They had all picked a historical figure to research, focusing on that person’s achievements and the impact they had made on their country or other countries.

The format had the debaters standing as though they were in a hot air balloon that was rapidly losing height. The balloon would soon crash into the side of a mountain because it was over-weight. To prevent certain death of everybody on board, each person had to outline their achievements and the person who received the most votes would stay in the balloon; the others would be thrown overboard!

Some of the characters chosen by the pupils were: Napoleon, George Washington, Nelson Mandela, Hitler, Elizabeth 1 and Lincoln.